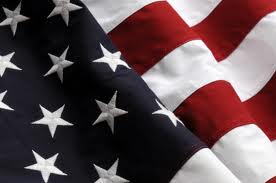 “The vote is the most powerful instrument ever devised by man for breaking down injustice and destroying the terrible walls which imprison men because they are different from other men.” ~Lyndon B. Johnson, 36th President of the United States~

Use search engines that respect your privacy - For example:

Use a Non-Partisan Voter Guide - For example:

Use your Address for personalized voting information - For example:

The National Museum of African American History and Culture -  A curated walk through the hallways of the newest Smithsonian museum. 13 years in the making, it attempts to depict the pain and pride of the black experience in America.

13th-The title of Ava DuVernay’s extraordinary and galvanizing documentary. An in-depth look at the prison system in the United States and how it reveals the nation’s history of racial inequality. Now Streaming on Netflix.

“The President told me to stop whining, but I really have to say, the media is even more biased this year than ever before. You want the proof? Michelle Obama gives a speech, and everyone loves it. It’s fantastic. They think she is absolutely fantastic. My wife, Melania, gives the exact same speech and people get on her case. And I don’t get it, I don’t know why.” ~Donald Trump, 2016 Republican Presidential Candidate~

We need to do a better job of putting ourselves higher on our own ‘to do’ list.